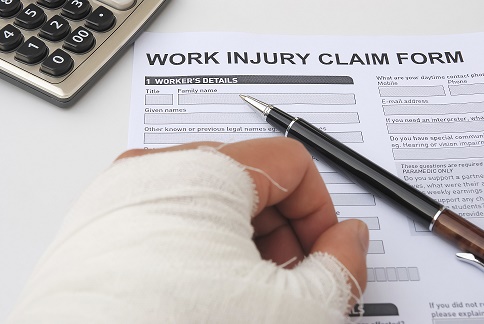 Workers’ Compensation is a serious and important matter and it is equally as important to understand that not everyone is subject to coverage. We’ve gathered a list of those who are not covered by workers’ comp in order to help you determine which category you fall into. Nonprofit Organization Volunteers: Individuals who volunteer their services at a nonprofit organization without receiving a stipend or compensation. Stipend is defined as room and board, as well as perks with a monetary value (WCL §3 Group 18). Money that is given to offset expenses while performing activities for the nonprofit is not considered to be a stipend (WCL §2 [9]). Religious Community: Duly ordained, commissioned or licensed ministers, priests or rabbis, sextons, Christian Science readers as well as members of religious orders (WCL §3, Groups 18). Nonprofit Amateur Athletes: Members of supervised amateur athletic activities which are operated on a nonprofit basis (if such members are not otherwise engaged or employed by any person, firm, or corporation participating in such athletic activity) (WCL §3, Groups 18). Non-Manual Capacity: Those who participate in a non-manual capacity with a nonprofit religious, charitable, or education institution (Section 501(c)(3) under the IRS tax code (WCL §3 Group 18). Manual labor includes, but is not limited to, tasks such as filing, dusting, vacuuming, playing musical instruments, moving furniture, shoveling snow and mowing lawns. Charitable Aid receivers: A person, or people, receiving charitable aid from a religious or charitable institution due to work being performed and who are not under any express contract of hire (WCL §3 Group 18). Additionally, those who are receiving rehabilitation services in a sheltered workshop (Mental Hygiene Law §33.09) are not covered by workers’ comp. Workers under another Workers’ Comp System: Workers who are covered for specific types of employment under another workers’ compensation system included certain maritime trades, interstate railroad employees, federal government employees and others covered under federal workers’ compensation laws. Families of Farmers : The spouse and minor children (under the age of 18) of a person who is employed by a farmer, as long as they are not under an express contract of hire (WCL §2 [4]). Foreign Government and Native American Enterprises: Certain employees of Foreign Governments and Native American Nations . New York State General Municipal Law: New York City police officers, firefighters and sanitation workers who are covered under provisions of the New York State General Municipal Law. Uniformed police officers and firefighters in other municipalities are subject to exclusion as well. Yard Work: Any person, including minors, who do yard work or casual chores in or near a one-family, owner-occupied residence, a nonprofit facility, or a noncommercial organization (WCL §2 [4]). Casual is defined as meaning occasionally, without regularity, without foresight, plan or method. When a minor is handling power equipment, such as a lawnmower, proper coverage is required. Independent Contractors: A real estate salesperson, media sales representatives, and certain insurance agents who have signed a contract with a broker stating that they are independent contractors (WCL §2 [4]). In addition to those listed above, sole proprietors, partners, and certain one/two person corporate officers without individuals providing services which are integral to the business (WCL §2 [4]) are subject to workers’ compensation exclusion. For more information on workers’ compensation and those who are subject to exclusion, contact the attorneys at Erwin, McCane & Daly today!