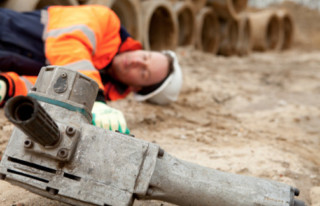 As a construction worker, do you know whether you are an employee or an independent contractor? This is important to establish prior to starting any work. The reason being, if you suffer an on the job injury in New York State, this distinction between employee and independent contractor can mean a big difference between weekly payments, medical benefits for life and a possible permanency award, or worse — nothing at all. In New York State, the Workers’ Compensation Law says an injured worker must demonstrate that he or she is an employee, and not an independent contractor in order to be covered under tradition workers’ compensation law. The courts, therefore, will need to consider various factors when determining the type of relationship between an injured construction worker and the alleged employer. During a dispute between an injured construction worker and the employer (with regard to employee vs. independent contractor status), the Uninsured Employers Fund may come into play via the New York State Workers’ Compensation Board’s Bureau of Compliance. More on that later. Before 2010, it was common for a laborer/worker to pursue workers’ compensation benefits against his/her subcontractor employer, only to risk the outcome of being denied. In 2010, however, the NYS Construction Industry Fair Play Act became effective and changed New York Workers’ Compensation Law section 2(4). This change included in the definition of an ‘employee’ any person who an employer-contractor cannot prove to be an independent contractor by accurately proving 12 clearly defined factors found in the NYS Labor Law. Any person working in construction is presumed to be the employee of the person or business for whom he or she is working. And for a person to be an independent contractor, the ‘employer’ must demonstrate all 3 of the following law criteria: 1. The person is free from control and direction in performing the job, both under contract and in fact, 2. The person is performing services outside of the usual course of business for the company, and; 3. The person is engaged in an independently established trade, occupation or business that is similar to the service s/he performs. If an entity/worker meets all of the following 12 statutory criteria, he/she will not be considered an employee of the contractor. Instead, he/she will be considered a separate business entity that is itself subject to the new law regarding its own employees. In order to be labeled as an independent contractor, he/she must: 1. be performing the service free from the direction or control over the means and manner of providing the service subject only to the right of the contractor to specify the desired result; 2. not be subject to cancellation when its work with the contractor ends; 3. have a substantial investment of capital in the entity beyond ordinary tools and equipment and a personal vehicle; 4. own the capital goods and gain the profits and bear the losses of the entity; 5. make its services available to the general public or business community on a regular basis; 6. include the services provided on a federal income tax schedule as an independent business; 7. perform the services under the entity’s name; 8. obtain and pay for any required license or permit in the entity’s name; 9. furnish the tools and equipment necessary to provide the service; 10. hire its own employees without contractor approval, pay the employees without reimbursement from the contractor and report the employees’ income to the Internal Revenue Service; 11. have the right to perform similar services for others on whatever basis and whenever it chooses; and 12. the contractor does not represent the entity or the employees of the entity as its own employees to its customers. The UEF (Uninsured Employers Fund) If an employer cannot prove that an injured worker was performing as an independent contractor and the employer does not have the adequate workers’ compensation coverage, the UEF (Uninsured Employers Fund) may need to be called in by the New York State Workers’ Compensation Board’s Bureau of Compliance. (UEF) is the funding mechanism for compensation and medical payments to injured employees whose employer was not properly insured at the time of the accident. These types of claims are processed by NYS staff, who collect evidence, prepare the claim for hearings, and administer the payment of all compensation and medical benefits. In addition, the Bureau has a team of lawyers to represent the UEF at Workers’ Compensation Board hearings. If you’ve been injured on the job as a construction worker, know that you have help on your side – contact us today and start with a complimentary consultation.