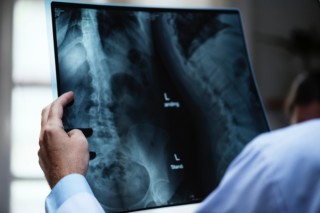 The overall goal of workers, and their doctors, who have sustained a workplace injury is to heal and become healthy enough to the point where returning to work is a viable option. However, the possibility of reinjuring yourself, aggravating the same injury, or sustaining a similar injury while on the job is a possibility. Because of this reality, it is important for injured workers to know if they could be eligible to collect workers’ compensation for an injury that is similar to the previous injury and case.

Filing a Workers’ Comp Claim for a Similar Injury

The answer to whether or not you can file, and receive, a new workers’ comp claim for the same or a similar injury may not be as cut and dry as you would think. You are certainly able to file for workers’ compensation for the same type of injury whether the original injury was sustained multiple years ago or if it was more recent. The previous injury sustained, however, could have an impact on the new claim you are looking to file. For example, if you injured your shoulder and then received treatment which resulted in full recovery, it is unlikely that the original shoulder injury will have an impact on the new claim. However, if you injured your shoulder and you’re still receiving treatment for it when you return to work, the workers’ compensation judge may determine that the new injury is, in part, due to the original injury. This determination could have an impact on the outcome of the new claim. When an injury occurs, it is essential to receive a thorough examination from your doctor. While the injury may feel as though it is in the same exact place, it is possible that you have injured another body part. Every case is different and are handled as such by the attorneys at Erwin, McCane & Daly. To learn more about workers’ compensation including filing a claim and appealing a denied claim, contact our expert attorneys to receive your free initial consultation.