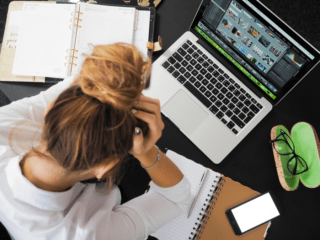 For an injury to be covered by Workers’ Compensation, it must have occurred while performing job duties for an employer. Typically, these are physical injuries or illnesses that require more than simple aid. However, more and more workers are presenting with mental illnesses that they claim are a result of their job. This raises the question of “is mental illness covered under Workers’ Compensation?”

Mental Illness in the Workplace

Employees who suffer from mental illness can have a significant impact on their employers. In addition to the direct costs to employers are indirect expenses such as lost productivity, absenteeism, and presenteeism. Combined with substance abuse, mental health disorders cost employers between $80 billion and $100 billion in these indirect costs.

More than 50 percent of injured workers experience clinically related depressive symptoms at some point, especially during the first month after the injury. The inability to work or do activities they previously enjoyed can be a trigger for depression or anxiety. The stress surrounding the injury and resulting consequences can also trigger mental illness.

As mentioned, mental illness typically does not present itself immediately after a workplace injury. This can cause a drawn-out claims process that also becomes increasingly more challenging. For example, a counselor who had lost an eye after being stabbed with a pen by a client began to experience depression when she finally realized that for the rest of her life she would be blind in one eye. The mental health concerns were brought to attention a year later, causing some skepticism amongst the Workers’ Compensation Board and her employer’s insurance.

With proper documentation and a doctor’s visit or two, a workplace injury can easily be proved. Mental Illness as a result of a person’s work environment or a work-related physical injury is much harder to prove.

In most circumstances, it must be shown that the mental condition of a worker was the result of abnormal work conditions or work-related injury.

If the mental illness is related to a physical accident or illness, a worker will have a better chance of being compensated. For example, job-related stress, tension, or long hours may contribute to a heart attack. Another example is the development of PTSD after suffering from a traumatic physical injury. This is common amongst firefighters, police officers, and even EMTs and Paramedics.

In the state of New York, there is a section of the New York Workers’ Compensation Law that states a mental injury is not compensable if it arose from a lawful personnel decision involving the disciplinary action, work evaluation, job transfer, demotion, or termination taken in good faith by the employer.

For example, in the Matter of Empire Vision Center, 2014 NY Wrk. Comp. 0500069 (2014), the workers’ compensation board addressed an injured worker who claimed mental stress as a result of being required to work additional hours. The worker had been asked to fill in for a co-worker who had a well-known drinking problem. The board ultimately determined that the claim was not compensable, noting that it is fairly common for a co-worker to cover for another, and to work extra hours as a result.

Receiving benefits for work-related mental health issues is possible, but is incredibly difficult to do so. Extensive medical documentation, tests, and statements from coworkers are usually necessary. In addition, the claims process will be much longer compared to some that address only a physical injury.

For these reasons it is highly advised that you seek legal assistance if you’re hoping to receive workers’ compensation benefits for mental illness. The attorneys at Erwin, McCane and Daly will be able to help with every step of the process and secure the benefits you deserve. With over 30 years of experience, we’re a trusted source for injured workers in Albany, New York.