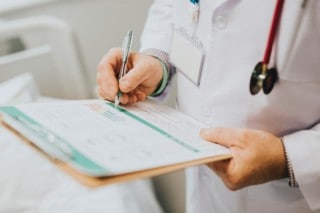 In July 2014, New York Governor Andrew Cuomo signed the New York Compassionate Care Act into law. The CCA took effect in January 2016 and allows patients suffering from serious conditions such as cancer, Parkinson’s disease, and ALS to use medicinal marijuana for pain management. In March 2017 chronic pain was added as a serious condition under the CCA. It should be noted that chronic pain is often cited as a condition in workers’ compensation claims.

As the popularity of medicinal marijuana has risen, workers’ compensation insurance companies have begun to face the dilemma of whether they will cover the treatment or not.

Many Workers’ Compensation insurance companies don’t want to cover medical marijuana because it is currently unregulated, and the content isn’t always consistent. There is also no standardization around dosages, leaving insurers uncertain about what they should and shouldn’t pay for.

While marijuana is not strong enough to treat severe pain, it is proven to be highly effective against chronic pain. Many choose to use the alternative treatment method as it is impossible to overdose on and is far less addictive compared to opiates.

It should be noted that marijuana is a schedule 1 drug, meaning that according to federal law it has no accepted medical use, has a lack of accepted safety for use under medical supervision, and has a high potential for abuse. Adderall, hydrocodone, morphine, and OxyContin, which are all prescribed to thousands of Americans every day, are all schedule 2 drugs with a high potential for abuse.

For workers’ compensation carriers who are paying for medical marijuana, they are reimbursing injured workers for the purchases rather than covering it directly. Many think that it will provide a level of protection for the carrier or the self-insured from a federal prosecution, as, since we mentioned previously, marijuana is a Schedule 1 drug.

However, many insurance companies are starting to lose the ability to deny coverage as the Workers’ Compensation board steps in, as was the case in June 2017.

In 2017 an insurance company requested a review of the Workers’ Compensation Law Judge decision filed on June 6th, 2017. The issue presented was whether the WCLJ properly directed the carrier to reimburse the claimant for medical and travel expenses relating to the purchase of medical marijuana.

The claimant was a union plumber who suffered from work-related injuries to their neck in addition to carpal tunnel syndrome relating to an accident that occurred on September 14th, 2015. The claimant was requesting a reimbursement of $220.00 for “marijuana vaporization cartridges and pen”. Later, on March 15, 2017, the claimant requested reimbursement for additional medical and travel expenses, including $200.00 for medical marijuana paid on January 16, 2017.

The insurance carrier came back and said that is should not be required to pay for the prescription because marijuana remains a controlled substance under federal law and the Board has given no specific guidance on the issue.

The Workers’ Compensation Law Judge concluded that the carrier had to reimburse the injured union member on the ground that medical marijuana is legal in New York. Unfortunately, with this case, the treating medical provider failed to obtain a variance prior to prescribing the treatment. The Board Panel found that the WCLJ’s authorization for the use of medical marijuana and directive to the carrier to reimburse the claimant warranted reversal.

So, Is Medical Marijuana Covered Under Workers’ Compensation?

If an injured worker is prescribed medical marijuana by an accredited medical provider for a condition that falls within the Compassionate Care Act, workers’ compensation carriers will reimburse for medical and travel expenses. While the Workers’ Compensation Board has not explicitly given guidance on the issue, medicinal marijuana is legal in New York and therefore can be used as treatment.

If you’re considering opiate alternatives to treat your work-related injury, contact the experts at Erwin, McCane & Daly today. We’ll ensure your treating medical provider handles the process correctly so you can be reimbursed for all medical and travel expenses. We know your rights and are prepared to represent you in court.